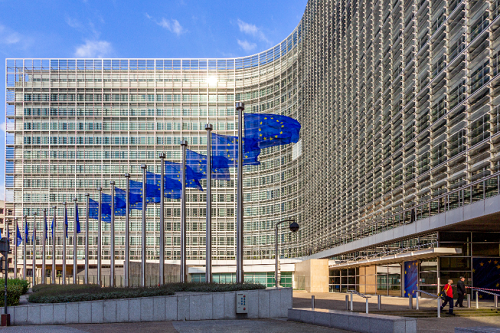 The European Commission has announced a new wave of sanctions against Russia – the eighth package since Russia’s invasion of Ukraine – and included another ban on cryptocurrency related cross-border transactions.

The latest round of sanctions, according to a press release the EU published today, is a response to the recent Russia-led “sham” referenda and continued escalation of the war via nuclear threats.

The Commission, in its move to tighten further its sanctions against Russia’s financial and IT consultancy among other services, also introduced a fresh ban on EU-Russia (cross-border) crypto transactions.

“The existing prohibitions on crypto assets have been tightened by banning all crypto-asset wallets, accounts, or custody services, irrespective of the amount of the wallet,” read part of the press statement.

Previously, the prohibitions were of amounts exceeding €10,000.

The EU’s sanctions on crypto related transactions across all sectors of cross-border business comes a few weeks after Russia started allowing transaction settlements in crypto.

In August, as CoinJournal reported, Russian Prime Minister Mikhail Mishustin had touted cryptocurrencies as an alternative for cross-border settlements. The option to use crypto was thus very much among Russia’s cards.

But as per the European Commission, the crypto ban and other measures like new import bans will further dent the Kremlin’s financial muscle.

“This package introduces new EU import bans worth €7 billion to curb Russia’s revenues, as well as export restrictions, which will further deprive the Kremlin’s military and industrial complex of key components and technologies and Russia’s economy of European services and expertise,” the Commission noted in the release.

Coingecko Cofounder Talks About Investing in a Bear Market

Shiba Inu price drops to record low vs Dogecoin — Will history repeat with a 150% rally?